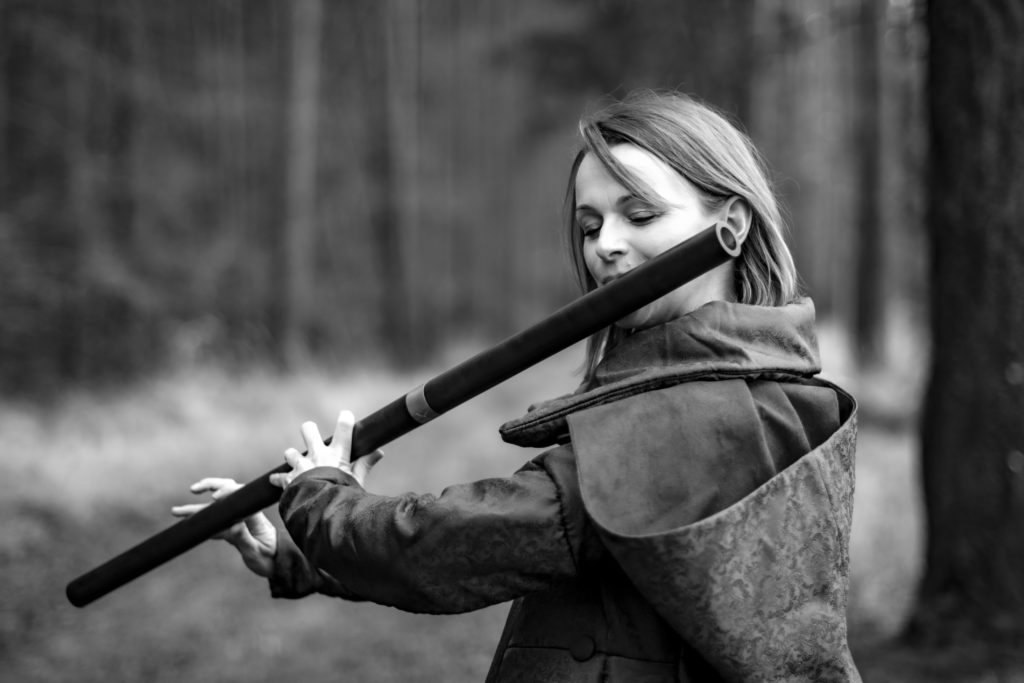 Producing a sound from the flute creates for me a moment when there is a close connection between body, intention and spirit. If requires full concentration to induce a wave of sound.

I was born in Gdansk. When I was a child I started my musical education in a modern flute class. When I began studying historical performance practices the sound of the flute impacted my. I’m currently focusing on performing Renaissance and Baroque music. I started my studies at the Academy of Music in Wroclaw. Under the guidance Magdalena Pilch, in the traverse flute class I developed a passion for the low tuning of the traverse flute.

After my time at the Academy of Music in Wroclaw I began improvising my skills at the Royal Conservatory in the Hague. Under the direction of eminent traversists Wilbert Hazelzet, I discovered the diverse phrases create with the early instrument. Catherine Clark revealed to me the secrets of the Renaissance traverso flute consort. While collaborating with four Renaissance flutes I discovered my natural connection to the bass traverso flute. My time in the Netherlands also contributed insights into the work of Tami Krausz, Barthold Kuijken and Patrick Bruckels.

Since finishing my studies in the Netherlands I have been actively performing in the fields of historical practices and collaborating with Polish and foreign artists. I have experience as a chamber and orchestral musician. My repertoire includes chamber and orchestral works, oratorios, cantatas and baroque operas. As a soloist and chamber musician I perform in Poland and abroad and I cooperate with baroque orchestras. I cofounded early music ensemble Aetas Baroca through which I give concerts all over the country.

I move in the world of the frequency of sound waves synchronizing the body with the breath and the proportions of movement in time.

“The second day of Actus Humanus Resurrectio 2019 began with a recital by Agnieszka Gorajska. In the Main Town Hall we heard all the fantasies from the collection XII Fantasien for the flute solo TWV 40:2-13 by Georg Philipp Telemann.

Agnieszka Gorajska played all the fantasies without a break. It is quite a challenge, but thanks to that, these miniature stories were arranged into a compact story, coherent story, although very diverse. We experienced the richness of colors and their shades, a sophisticated play with tempo, articulation and intonation. Believe it or not, you can play two notes on the traverse flute, or play the flute in such a way that music lovers will hear such chords”